We recently placed a MyComputerCareer graduate into a Tier 1 Helpdesk position in Raleigh. This graduate came to us unemployed and feeling really defeated over his situation. He spent his time at MyComputerCareer focused on passing certification exams and learning how to capture a job. Although he made it to the final round of interviews the first two times out, the job went to someone else. Never detered or discouraged, he began interviewing with another company and got his first IT job. With IT training from MyComputerCareer and the determination to succeed, he was able to launch his computer career!

Are you feeling defeated in your current emplyment situation? If so, and if you have the determination to make it in a new career, MyComputerCareer can help you obtain the knowledge and skills to begin your own IT career. MyComputerCareer has the program to get you started - regardless of your background. Take the FREE Career Evaluation today and get yourself moving towards a better life in a new career!

Hiring for IT Jobs Jumps in North Carolina

According to a recent article in the Raleigh News and Observer, Openings for Information Technology (IT) jobs in North Carolina took a giant leap forward from July to August--up 14.9%. Citing a report from the NC Technology Assn. (NCTA), the number of IT job openings in the state during this period represents a 400% increase over the same period last year. This is great news for MyComputerCareer.com students and others seeking opportunity in the growing IT industry.

The North Carolina numbers substantially outpace national IT technology openings which increased just 3.3% in July-to-August timeframe. Recent data published by NCTA also indicates that IT employment in the Raleigh-Cary metro is up 6% over last year, and up 8% in Durham.

MyComputerCareer.com Career Services in Raleigh has confirmed a substantial improvement in hiring compared with 2009. 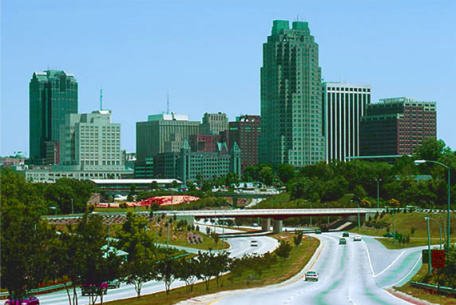 The Raleigh-Cary metro area ranked 18th in year-over-year labor-market performance among America's 100 largest Metropolitan Statistical Area's (MSA's) according to the US Bureau of Labor Statistics. The report confirms that despite slow overall economic growth--and particularly slow recovery in the employment category--the Raleigh area is one of those leading the way out of the nation's economic doldroms.

Although private sector employment droped by 0.59 percent from April 09 to April 10, the metro area fared far better than 82 other top-100 markets. Important to note, too, is that during the same period, population in Raleigh-Cary rose by an estimated 4 percent according to Builderonline.com, a key information source for home builders. That strongly suggests that job growth was actually in positive territory for the region joining an elite group of only three other markets nationwide in positive job growth. Employment growth has appeared particularly strong in the first two quarters of 2010 in the Raleigh market.

The Bureau of Labor Statistics continues to project Networking and Data Communications as the 2nd hottest field for  job growth for the decade ending in 2018. Jobs in Information Technology here in the Triangle continue to be strong as suggested by the continuing success of MyComputerCareer.com students in finding entry level positions and in advancing in their careers.

It's all good news for career changers and others looking to build their present and future financial and personal success on the strength of the I.T. industry. In the worst of times, our sector has continued to be a source of strength and hope. The best is yet to come!